Zineb Benjelloun is an artist and illustrator from Morocco with a background in fine arts and documentary filmmaking. She is inspired by the richness of iconography within Moroccan culture. Her work celebrates collective imagination and knowledge. In addition to her exhibition work, Zineb does screen printing, illustrations for children’s books, graphic novels, branding for local and international cultural events as well as graphic design for public awareness campaigns. 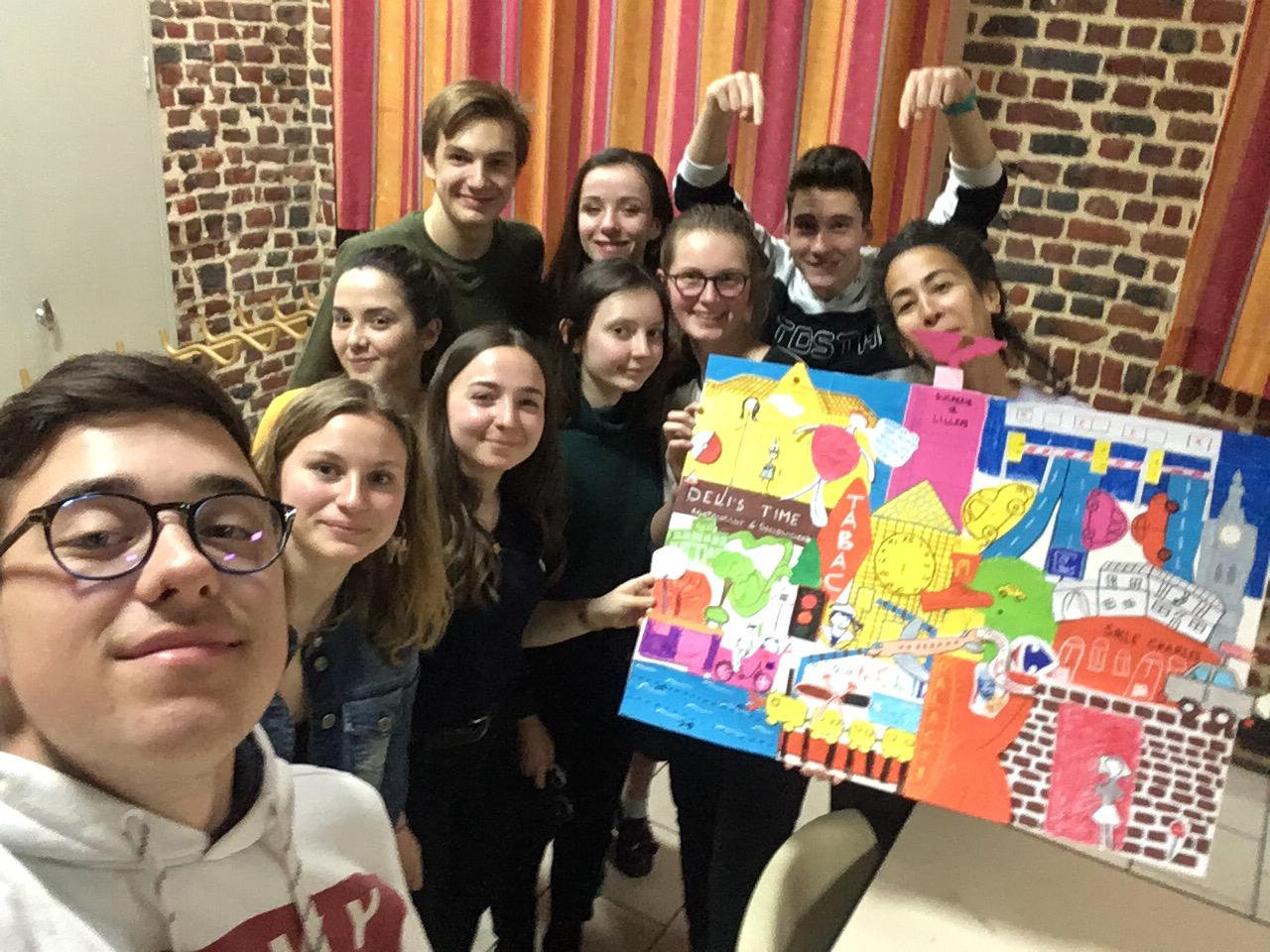 For two weeks, Zineb Benjelloun lived above the multimedia library of Lillers (city of 10,000 inhabitants where the central district is considered as a sensitive area) where she met her neighbours and more widely the lillérois.

She was not previously familiar with the region of the Hauts de France and its history. Her intention was to discover the city by meeting its inhabitants through writing and drawing workshops, inspired by her own artistic practice. She also investigated the history of her own family, discovering the history of her country and her common history with France. During the writing workshops, she involved the participants in a game in which she drew a brief portrait of the last three generations of their families. The idea was to connect the small family stories of each to the whole; to create part of a common history and celebrate Lillers' collective memory.

The cartographies emerged as portraits of cities, documentaries drawn at a time. It is also with this perspective that the collective works were realised. Every group, every generation, has created the way we live in the city today.

At the end of the residency, a restitution was proposed to the library of Lillers; an exhibition entitled Lillers by the lillérois.es. Fifty people were at the rendez-vous. The exhibition ran for a month.