Alexandra Badea is a writer, theatre director and filmmaker. Although Romanian born, Badea has been living and working in France since 2003 and, consequently, writes in French. She’s had ten plays and one novel published with Arche Editeur Publisher and translated into several European languages. Her plays have been produced in national theatres in France and across Europe and a few have even been adapted for the radio. Her play Pulvérisés (Pulverised) was awarded with the Grand Prix de la littérature dramatique by the Theatre National Center in France and has been mounted in France, the United Kingdom, Belgium, Germany, Greece, Austria and Switzerland.

As a director she’s staged a number of performances in theatres in both France and Romania and directed two short films. Alexandra has had several residencies in Japan, Congo, Russia, Germany, Canada and been awarded several grants for writing by the Theatre National Center, the Book National Center, the Ministry of Culture or the Region Ile de France.

In 2018 she presented two new productions at the National Theatre La Colline in Paris.

Her writing is directly linked to current affairs and the realities of the world. Her characters are human beings, they are persecutors and victims of a kind of modern slavery. She gracefully links intimacy, socialism and politics; she questions the different effects of globalisation, the media, liberalism, through restrained but strong language which depicts the modernity of our world and proves herself to be someone who understands the zeitgeist. 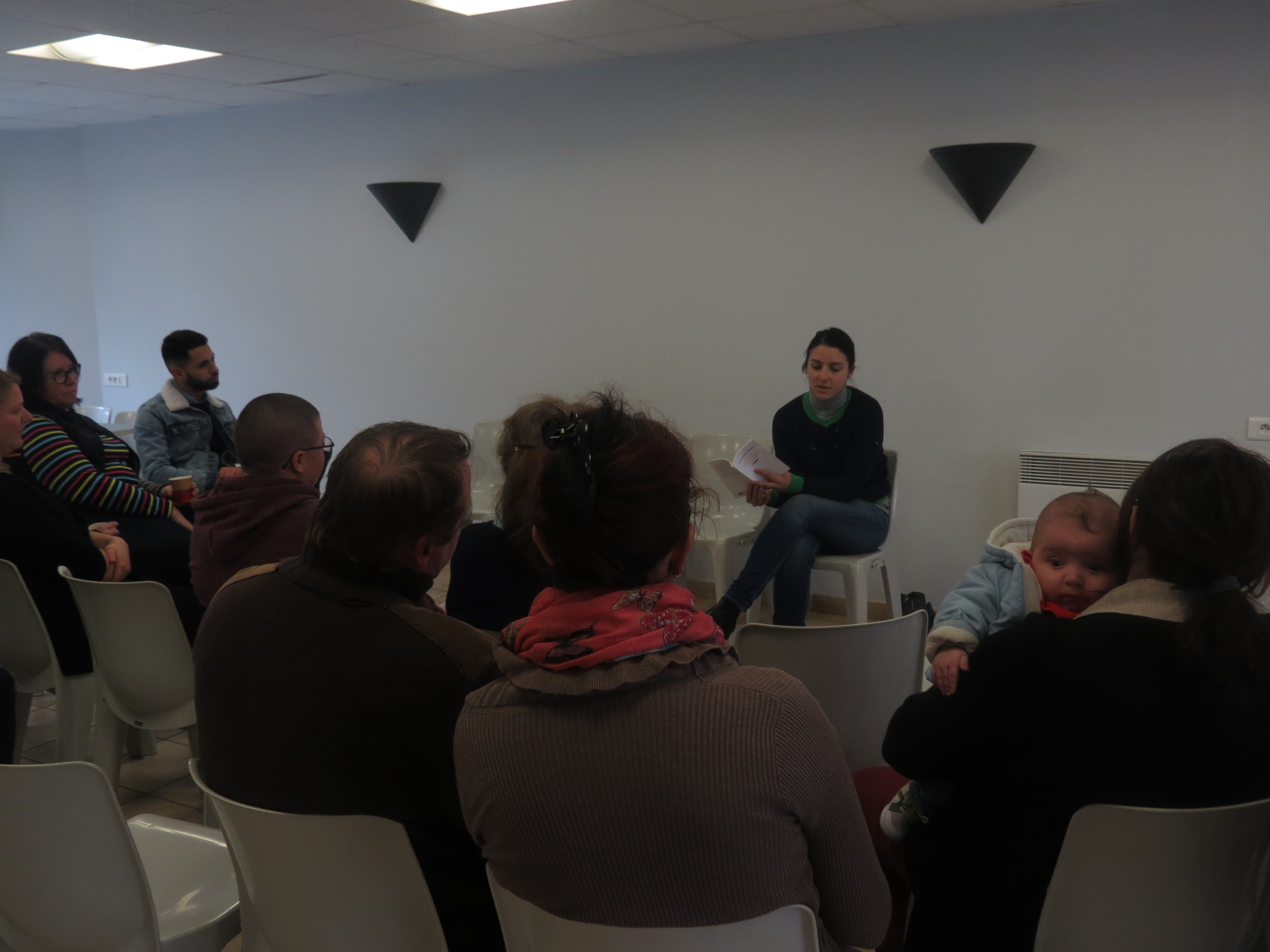 Alexandra Badea lived in an apartment in the Docteur Paul Breynaert residence in Béthune (a unit of 88 social housings in the heart of the town, in a priority neighbourhood) for two weeks, from 18 February – 1 March 2019.

During this time, she met and talked with her new neighbours, they looked at family photos and drew their family trees. They talked about their ancestors – what cities they lived in, why they left, the major events of their lives, and what they conveyed to their descendants.

She spent an hour or two with each neighbour, talking about family stories, friendship, love, memories and expectations. She recorded these exchanges and during the second week, when she was joined by musician Rémi Billardon, made documentary portraits in music. They are moving testimonies which convey loneliness, the need to speak, social poverty, difficult lives...

These sound portraits were broadcast on the last day of the residency at la Comédie de Béthune (5 minutes walk from the building). About twenty people were present.

The inhabitants were invited to la Comédie de Béthune in December 2019 to see Alexandra’s new show, about a man who embarks on a trip to Algeria in the footsteps of his grandfather. The sound portraits were installed again on this occasion.