Benoît Faivre, a Jack of all trades passionate about history, founded the company La Bande Passante in 2007. After two shows of object theatre, Compléments d’Objets then Cockpit Cuisine, he was joined by Tommy Laszlo in 2014 to start a cycle of shows and installations around paper: Mondes de Papier (‘Worlds of Paper’). With Vies de Papier (‘Lives of Paper’), created in 2017, Benoît Faivre and Tommy Laszlo make us travel more than ever in time and memory, real or recounted. Based in Moselle in France, the company presents its shows on a national and European scale. 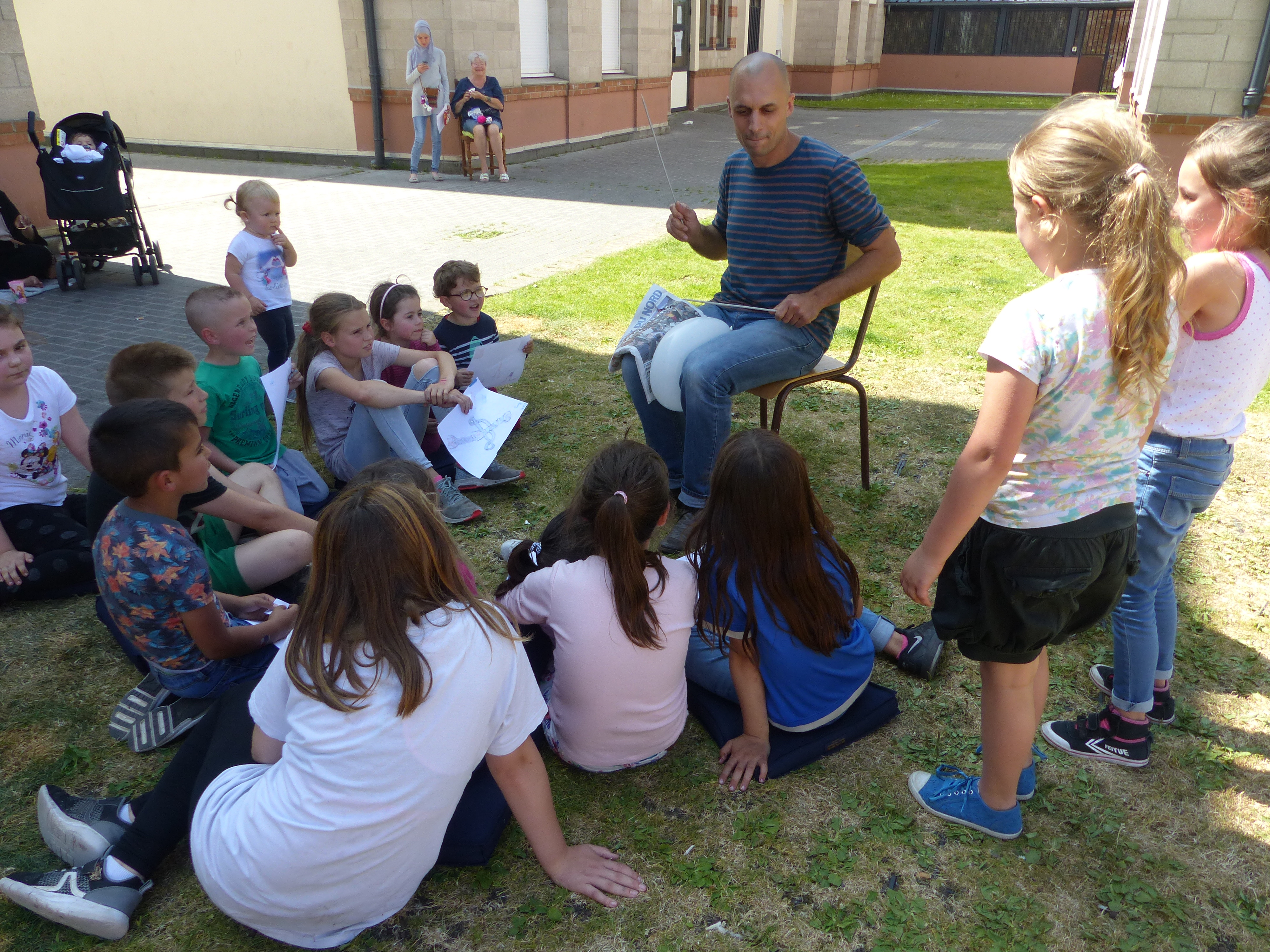 For Meet the Neighbours, La Bande Passante lived in an apartment in the Docteur Paul Breynaert residence in Béthune (a unit of 88 social housings in the heart of the town, in a priority neighborhood) for two weeks, from 9-21 June 2018.

The team spent the two weeks meeting the neighbours, distributing pastries, and presenting an object theatre show by Kathleen Fortin at the social center. The weeks culminated in ‘La Cours d’Histoires’ at the end of the residency (exchanges and collections of testimonies in a festive setting).

Benoît Faivre and Kathleen Fortin wrote to their sisters every morning during the residency to record their experience as neighbours: their meetings, impressions, reflexions, questions… After the residency, they created a website with collected sounds and images: www.mtncomediedebethune.fr. They invited residents to La Comédie de Béthune in November 2018 for a “reunion- restitution- inauguration of the website” snack, with readings and projections and the chance to discover their show Vies de Papier.